Writing How the Fed Moves Markets

TLDR: Two Ivy League academics and startup founders needed a 200-page book on AI and central bank analysis ghostwritten in 3 months. I delivered; the book was a success; and I was hired on as the startup’s Content Director. 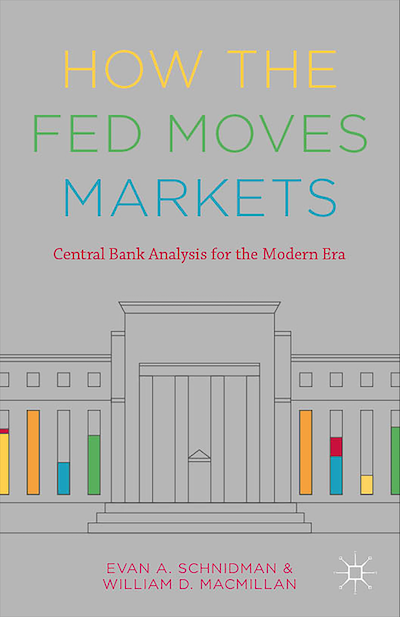 Final Cover for How the Fed Moves Markets

The founders of Prattle had their backs up against a wall: a book deadline three months away and not a word written.

And this was no ordinary book.

It was a history of the Federal Reserve and all the other major central banks, focusing on their use of communication as monetary policy. It also discussed how modern AI techniques could be used to understand the effect their communications had on the markets.

The founders asked me to manage the entire production of this book.

Aided by a team of interns from Harvard and WashU, I completed the rough draft in two months.

An extensive rewrite of one of the founders’ thesis on the Federal Reserve’s history provided the material for the book’s first section—a three-chapter chunk I spun up in one coffee-fueled, two week sprint.

The final two sections, however, needed to be written from scratch.

To tackle the latter chapters, the founders and I collaborated on a series of one-page outlines for each chapter. I took these outlines and broke them into a series of tasks—from time series graphs to good, old-fashioned research—and I assigned interns according to their skillsets and interests. I combined these research blocks into coherent chapters with the outline, and then transformed the raw content into book-worthy prose.

After the final month of editing, I submitted the finished piece, How the Fed Moves Markets, to the publishers, Palgrave MacMillian.

The book was a success.

Its agent predicted that the book was going to be one of the publisher’s best of the season, and his prediction turned out to be prescient: As of July 31, 2019, the book had almost 6000 downloads off of Palgrave MacMillian’s site (a fraction of the total, as the book was sold on all major platforms).

Inspired by and grateful for my effort, Prattle’s founders fought to have my name included on the cover as the official editor, but this was against the publisher’s policy. In lieu of that honor, founder Evan Schnidman included this note in the foreword:

“Finally, this book would never have been possible without Alex Detmering. Alex is not only our director of content at Prattle, he is also our technical writer, editor, researcher, thought-organizer, and the manager who pulled this all together. Like Bill and I, Alex has subjected his family and friends to the strains of this process, so we would like to extend a particular thanks to Stephen Fairbanks who provided editorial support to Alex and therefore to us. We would also like to thank Sarah Detmering, Alex’s wife, for tolerating the long hours of work Alex has put into this project.”